After their yoga class, Brandon, Melissa and Jodi (Southtown drivers) would drink Chai Tea and eat Organic cookies at the local Starbucks while engaging in conversation that typically revolved around late planes, nearly getting bitten by dogs and the absurdity of the dead-end sales leads they turned in every month. But, the mood on this winter night among the friends and co-workers was uncharacteristically quiet and tense until Brandon finally addressed the elephant in the room, “Melissa... Jodi... I’m just going to say it, I’m really troubled by all the Walmart.com packages we’ve been delivering lately.”

“Me too,” said Melissa crumpling her impish nose, “That offer of free two-day shipping on purchases of $35 or more is really taking off and those packages clogging up my shelves are creating such negative energy in my truck that I’ve hung extra Swarovski Crystals in the cargo area and have misted up my seats with my favorite essential oil blend, but nothing seems to weaken that evil Walmart aura. ”
“It’s really stressing me out too.” Jodi said putting her hand on Melissa’s arm. “With so many new things to protest, from the repeal of Obamacare to Betsy DeVos wanting to bring the Kingdom of God to public schools, it’s not fair that we have to hate on Walmart all over again like it’s 2005.”
The friends were unsure what to do about this seemingly insurmountable problem. Walmart was horrible in every way, from the wages they paid their employees to their huge carbon footprint, but with Amazon relying more on their own delivery network they needed these Walmart packages.


Just as a Bon Iver’s, Skinny Love started to waft gently through the air Brandon suggested they journal about the problem and then share their thoughts with each other.
“Great idea,” Jodi said. “But, I’m going to need another tea and let’s split a cookie.”
Taking his notebook out of his backpack Brandon said, “None for me, I gained two-pounds this week.”
“Brandon, if you would just do the Enzymatic Body Cleanse, that would remove all the toxins from your digestive tract making you be more regular and not so prone to these swings in weight,” Jodi said lecturing.
Smiling, he agreed, but still resisted the cookie as he began to write.
For the next fifteen minutes or so they vigorously applied pen to paper pausing occasionally when a clarifying moment became necessary. When they were done, it was clearly evident the therapy had worked. Each of them seemed more calm and peaceful.
Though feeling better, they were reluctant to share what they had written and were about to call it night when Melissa snatched up Brandon’s journal and began reading aloud from it: “For the love of God, if I have to listen to that slacker Jodi, tell me one more time about that goddamn enzyme cleanse I’m going to get a gun and remove all the toxins from my body by eating a full clip of bullets. After helping her and kooky Melissa, with her oils and ion-free lucky rocks, on the sort and with deliveries almost every day she thinks I don’t know that she stops at Tim Horton’s during P1’s and gets a large Ice Cappuccino, that insufferable, toxin filled, phony. All this effort, including being a downward facing dumbass in that stupid yoga class...for what? One of them better start putting out or I'm going to bid on a city route where the girls voted for Trump and have no self-esteem. This is bullshit…”
Though the rant went on for several more pages what was revealed was more than enough and both Melissa and Jodi were aghast, staring at Brandon in utter disbelief.
Rather than defend himself Brandon grabbed Jodi’s journal and started to read: “I know I supposed to be working through my anxiety about all this new Walmart freight, but can you believe this? Goddamn Brandon just told me he can’t eat a third of a cookie because he gained two-pounds this week. He must be afraid that he’s going to grow a Kardashian ass? Or maybe he’s doing a layout for the Sports Illustrated swimsuit issue? What a nancy-boy. Eat a fucking cookie you twit...I guess I shouldn’t be so harsh, I do scam him into taking stops from me almost every day…”

By this time, Melissa was laughing, prompting Jodi to grab her journal. In a funny mocking fry voice, which Melissa sometimes fell into. Jodi began to read: “The vibrations of the universe occupy infinite patterns of which I am one. My oneness, properly focused, directed and allied with the universe’s positive energy sources will create a paradigm shift that will turn those Walmart packages into Amazon packages. Or maybe, I can forget all this crap and just do a really shitty job with the Walmart packages like Brandon and Jodi. I’ll kick some around, lose some, mis-deliver some so that people will just stop ordering stuff and we’ll lose the account. I heard Jodi was almost singularly responsible for the loss of the Adam & Eve account and not because packages were damaged or lost, as much as they were, shall we say showing up on people’s porches... soiled, especially the cylindrical shaped packages. I remember Jodi getting lots counseling about large gaps between back stops then…”
That was enough and a seething Jodi said, “Fuck you, Melissa!”
“No,” said Melissa, looking at Jodi, “Fuck you!”
Vehemently Brandon added his two-cents, “Fuck the both of you.”
In unison Melissa and Jodi joined forces and said, “Fuck you, Brandon.” Then. each added a disparaging remark about the probable size of his penis.
There was a tense few moments of uncomfortable silence as the three friends gathered themselves. Finally, Brandon said, “You know Dave, the Orchard Park driver with the big head? That new handler, the engineering student drew a schematic of his skull and calculated Dave’s head has a mass of between 61-65lbs.
“No way,” said Melissa, “Dave can’t weigh more than 185-190 and you’re telling me his head is 65lbs?” 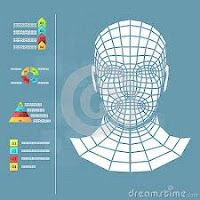 
Talking about the size of Dave’s head seemed to draw them back into a normal space where the three friends not only liked each other but could put their own heads together to solve the problem confronting them, with Brandon asking, “So, what are we going to do about this fucking Walmart account?”
Posted by P.A.Kane at 2:41 PM
Email ThisBlogThis!Share to TwitterShare to FacebookShare to Pinterest