It's Been a Banner Year For Looking Out The Window

I have to admit it hasn’t been a great year. There’s been all this unpleasantness about inflation, the insurrection and a mass shooting every other day. Even Taylor Swift had to face some troubling developments that for once wasn’t about some boy in skinny jeans not knowing what he gave up when he dumped her or when she dumped him—I don’t know much about Taylor Swift or her music. I’ve heard though, there’s a lot of dumping going on in her songs. 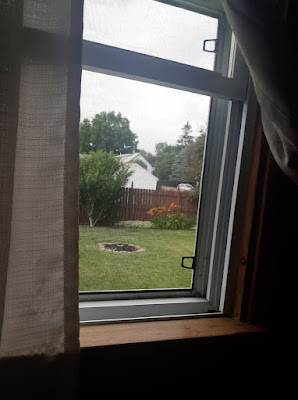 At any rate, Taylor’s unpleasantness came about when some super clever Virginia Tech Phd. named a millipede he discovered in Tennessee after the mega popstar. He called it: Nannaria swiftae or Swift twisted-claw millipede. I don’t know about you, but I wouldn’t be too thrilled to have a hundred-legged creepy crawly thing that slithers out of the bathroom drain and startles you just as you’re about to get in the shower named after me. I’m not even close to being a popstar with a penchant for making hit songs about boys in skinny jeans dumping me or me dumping them, but I would find this very unsettling.

Still, like T-Swizzle I’ve had my share of distressing moments this year too, from getting Covid to a hefty repair bill because I didn’t properly winterize the water system in my mini-RV. I drained the tank, but didn’t blow out the lines and add antifreeze. I’m new to all this mini-RV, van life stuff. My brother says there’s always a price to pay when you’re new to something. He calls it—The Dumb Tax. It’s the tax you pay for being dumb about something and not properly winterizing the water system in your mini-RV is pretty dumb. But, still it’s not like my house burned down or I don’t have food to eat. It’s more like having a broken table leg and an expired carton of milk in the fridge. Of course, all of this has been offset by the banner year it’s been looking out the window.