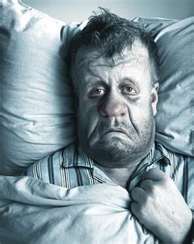 “Dave called in sick today? Dave never calls in sick? Are you sure?” Kelly asked.
“Yes , I’m sure, Char said. “I was doing address insertions when Marcia took the call. Dave called in sick. He has the flu and won’t be in today.”
“You know,” Dickie said, “if Dave called in, he’s hurtin’ pretty bad.”
At the time clock where people waited to swipe in at 0640, the erase board indicated that Banick would be doing Dave’s route. Rudi asked if Dave was off today.
Russ was handing out equipment on the other side of the counter said, “No, Dave isn’t off. He called in sick today.”
Big Wayne said, “He’s been coughing and sneezing all week.”
“Calling in before the New Year holiday means Dave won’t get sick pay,” Karen said dispiritedly. “That’s not right, Dave never calls in.”
“Standing in line, Lil Wayne turned to Donna and said, “Great, I know they’re going to bone me with Dave’s Marilla stops. It always happens when you try to get out early. This place sucks.

Read more »
Posted by P.A.Kane at 9:46 AM No comments:
Email ThisBlogThis!Share to TwitterShare to FacebookShare to Pinterest 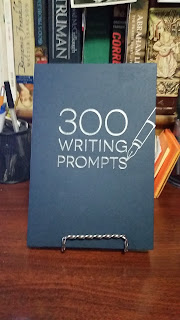 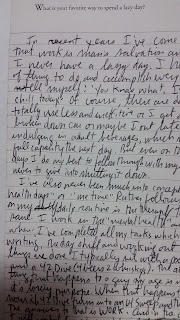 Though I’m not much of a daily blog reader I’ve always thought the best ones have a quick hit quality — a left, a right followed by a lean tight uppercut and then out. I’ve never been able to accomplish this in my own writing. Growing up in a small three bedroom, one bathroom house with nine siblings’ attention was granted when say, you broke a window, skipped out on your night to help with the dishes or when you gluttonously finished off the rare box of crack like Captain Crunch that made it into the house. The scorn, along with the damage Captain Crunch did to the roof of your mouth was intense and so worth it. But nobody was ever looking for me to share an opinion or to verbalize my feelings on a topic. Same is true now with my three college age children still at home who know absolutely everything and meet every query with an ironic eye roll. They don’t want to hear it. And, like a dormant flower shutdown and stilted by the cold of winter waiting for the nourishing warmth of the sun and spring rains to reveal its beauty and voice my past attempts at blogging have featured a loquaciousness akin to a rambling Bertrand Russell lecture on the history of Western Philosophy with a few obscure Todd Rundgren references mixed in along the way. Lacking quick hit jabs and crosses, this has made my blogging more or less useless.

But, that is about to change. This Christmas, in addition to a nose and ear hair trimmer, a must for every self-respectable middle age man, my oldest daughter got me this book: 300 Writing Prompts. From the title, you might expect such a book to be the usual subjective bullet pointed discourse on how to get your writing going, but it isn’t that. Instead, the book contains three hundred topic sentences that you respond to within the confines of a single page like a journal entry. With the discipline and economy of a MMA fighter I am going to beat the shit out of these prompts within the confines of the space allotted. And, while I’ll live up to the space requirement, I can’t promise to eliminate all references to Todd Rundgren, cause, ya know...TODD is GODD.
In descending order, Random Prompt #300...