The Origin of O'Malley

In the midst of the Great Depression, on a hot summer night in 1931, a girl barely twenty years old of dubious eastern European origins and reputation enters a northwestern Pennsylvania hospital. Anxious and scared, accompanied only by her stern, disapproving mother, she gives birth to a son, whom she will call William. 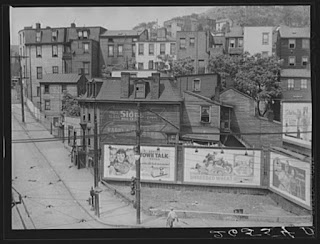 William is the result of an unholy union between the young woman and a local business owner’s son of German descent. The exacting business owner forbids his son from having anything to do with the woman or her son and thus young William begins life with the shame and illegitimacy of a bastard child. But, not being acknowledged by his father was only part of it. Within a few years young William will be rejected again, this time by his mother when she meets an Irish man named O’Malley and follows him to Buffalo, NY. There, she starts a family proper, while young William anguishes with his grandmother in their ethnic enclave in Pennsylvania.
Though wanting to be with his mother very badly William thrives as people rally around him in the tightly knit community. He does well academically, is a good athlete and is the star of school plays.
In his mid-teens his grandmother becomes ill and William is sent to Buffalo to finally be with his mother. On the long train ride to Buffalo not only does he bring the shame of his illegitimacy, he also brings a strange eastern European name and a funny Pennsylvania accent for which he is mocked and derided. Sheltered in his ethnic enclave his entire life, William isn’t prepared for these these verbal assaults and is hurt by them. But, he fights back and eventually loses the accent, takes the name O’Malley as his own and acclimates to his Irish/Catholic neighborhood.


In government housing of that old First Ward Irish neighborhood he meets a redheaded beauty, named Marilyn, who also carries a heavy burden of familial dysfunction. They marry their futures together determined to overcome their humble beginnings. They work hard and have children of their own—many children. They teach these children well. They are upstanding, disciplined and smart children. Tops in all their classes and the envy of the neighborhood.
Yet overcoming their meager beginnings and establishing themselves as solid members of the middle class, with even greater prospects for their children, wasn’t as satisfying as they imagined, especially for William. Resentments start to fester in him. He gradually becomes aware of how not having a father and being abandoned by his mother hurt his prospects. He sees people from established families pass him by and becomes bitter. He feels cheated like he could have been more, like he could have achieved something greater than the middle class if only his past was different.
And, on a cold December morning waiting at the hospital for his sixth child to be born he begins to wonder who he is and how it’s come to this—six children. He feels trapped and hopeless and suddenly realizes, no matter how hard you work, no matter how devoted to God you are, no matter how earnest and upstanding you are—you can never outrun your past.
In a fit of rage, seeking to claim his true identity, without Marilyn’s consent he changes the name on the birth certificate of this new son from William to Wilhelm—the name of the man who wouldn’t acknowledge him thirty years earlier, thus pinning his past to his new son.


Posted by P.A.Kane at 2:11 AM
Email ThisBlogThis!Share to TwitterShare to FacebookShare to Pinterest